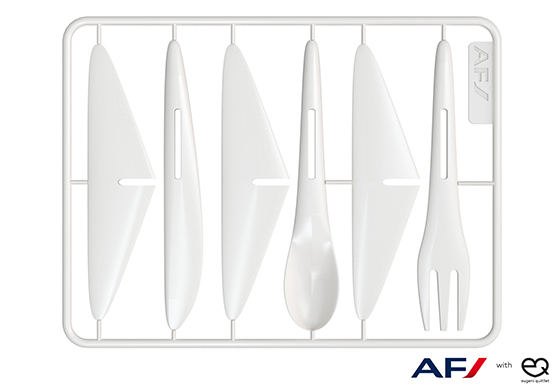 I spent a lot of my childhood on trains and the conductor would always give us cool cardboard trains to assemble. I never flew on an airline until I was an adult and was disappointed I didn’t get a set of pilot wings (which I hear they don’t give to children anymore). But now Air France has had the idea to make cutlery that can be assembled into toy planes. I can see a whole mess of problems with this. Child won’t eat because they want to play with cutlery plane. Child eats and then has food soiled toy plane. And the best one is that it’s all fun and games till someone loses an eye because of a flying fork.

Read the full article at The Verge